The term "Chicano" is used to refer to United States citizens with Mexican (or even Hispanic-American) ancestry. The two countries share a history of cultural hybridizations spanning two hundred years, marked by the loss of more than half of Mexico's territory to North American expansionism in the 1840s (California, Nevada, Utah, Arizona, Colorado , New Mexico, Texas).

The term has at its origin a pejorative connotation, but it was the object of a culturally productive identity reappropriation, which was intimately linked to the Civil rights movement in the United States during the 1960s. The Chicano movement had tangible consequences on many aspects of Hispanic life in the United States: it is a political, cultural, linguistic and academic struggle, but also a musical and plastic artistic movement with an international audience. It stands for demands relating to race (disdain for populations of Hispanic origin), society issues (including discrimination within the university), culture (such as the promotion of "Spanglish", a hybrid language mixing Spanish and English) and gender (an influential Chicana feminist movement emerged in the seventies).

The Chicano identity puts hybridity at its core: it is built on an awareness of an “in-between” condition, and on an endless back and forth between physical and cultural borders, with the fundamental feeling of unfinished belonging.

The Global Journals Portal contains seven Chicano journals produced between 1968 and 1997, which bear witness to the various fronts of the struggle for the promotion and invention of the Chicano culture. 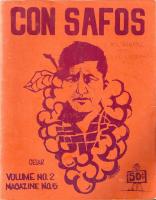 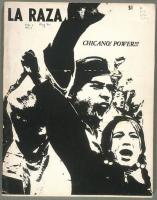