Abolitionism is a transnational political movement developed among American Quakers from 1740s onward, that gained momentum in the last third of the 18th century in England. It advocated for the abolition of slave trade and gradually spread to France. Societies were formed to demand an end to the slave trade, mostly in the name of moral arguments. However, abolitionism did not appear as a true critique of the colonial project, but rather as a reform of it, since it aimed only to remove its most morally reprehensible aspects. The 19th century saw several rounds of abolition of slavery, although in fact the actual end of trade and slave purchase often took place several years after the laws’ promulgations.

Abolitionism united white and black activists in a common goal, but history retained mostly the names of politicians and senior officials. Thus, intellectuals criticize the official historiography of abolition in order to understand revolts and slave struggles themselves as motors for emancipation. Among criticism of the abolitionist project, the practice of compensating former slave owners remains to this day very controversial. Likewise, in the United States, abolitionism has sometimes been linked to projects aiming to expel freed slaves from American soil. The "return" to Africa was operated by organizations defending colonization (Sierra Leone, Liberia), as bear witness the Liberia Herald (1826-1857), Africa's Luminary (1839-1841) or the Freedom's Journal (1827-1829). 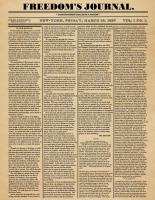 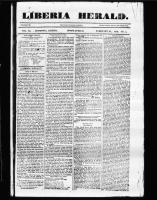 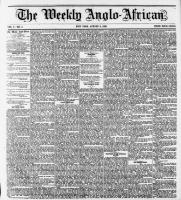