Surrealism has been criticized for having sought to confirm its own principles with an exotic curiosity towards non-European cultures. Other interpretations suggest that this movement should be characterized instead as an international discursive field based on dialogues with non-European artists. The revaluation of the often-forgotten political dimensions of surrealism can contribute to establish more balanced assessments about its historical meaning and the structure of its networks.

Surrealism was born from a critique and a break with the apolitical nihilism of Dadaism. A year after the publication of his Manifeste du surréalisme ("Manifesto of Surrealism", 1924), André Breton joined the Communist Party, and over the following decades he ensured the movement's affiliation with the contemporary ambitions of social revolution and fight against fascism (Dali was excluded in 1936 because of his reluctance to condemn Nazism). In addition to the participation of the major members in the journal Le surréalisme au service de la revolution ("Surrealism at the Service of Revolution", 1930-1933), Breton's texts became explicitly politically engaged: in 1938, he signed in Mexico the Manifeste pour un art revolutionaire independent/ Manifesto for an Independent Revolutionary Art with Léon Trotsky and Diego Rivera. On the other hand, the surrealists have consistently denounced French and more broadly Western colonialism and imperialism. They thus actively contributed to public debates in the context of the Rif War and the decolonization of Indochina and Algeria, particularly through their journals.

Beyond, these artists were also interested in the cases of Haiti, Martinique and Cuba, and they supported the socialist transition in Chile (1970-1973). The American continent, singularly receptive to surrealism, quickly became a fundamental productive pole of the movement. Internationally renowned artists like Aimé Cesaire, Wifredo Lam, Roberto Matta, Rufino Tamayo, Frida Kahlo, Leonora Carrington, Remedios Baro and Aldo Pellegrini collaborated with Breton and subsequently followed alternative paths to the canons of French surrealism.

The Global Journals Portal contains twenty-five surrealist publications from around the world, which show the transnational character of this cultural network and its links with struggles for emancipation. There are American journals carefully affiliated with Breton's principles, such as A partir de Cero (Argentina, 1952-1956) or Leit Motiv (Chile, 1942-1943), but also more free, experimental or militant projects, such as Amauta (Peru, 1926-1930) or Los Huevos del plata (Uruguay, 1965-1969). We also find Le Désir libertaire (1980-1983), published by the surrealist Iraqi poet Abdul-Kaer El Janabi, as well as Tropiques (1941-1945), founded by Aimé Césaire, and Mavo (1924-1925), a journal that undertook the introduction of surrealism in Japan. 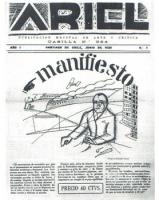 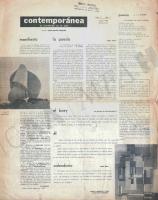 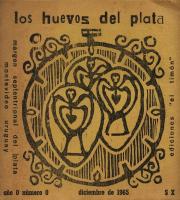 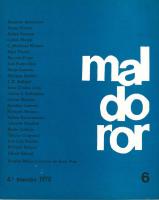 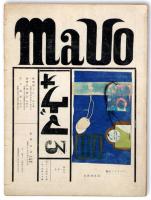 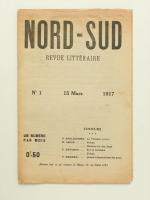 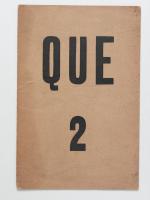